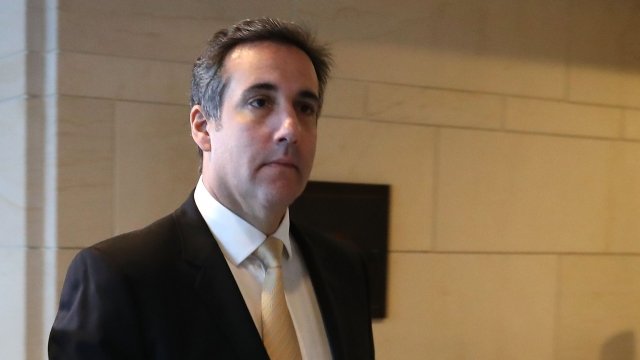 Michael Cohen's attorney was reportedly told another committee witness had information that could help his client.

President Donald Trump's personal lawyer might have gotten his hands on closed-door testimony given to the House Intelligence Committee by another witness.

The Daily Beast first reported that Michael Cohen's attorney contacted the lawyer of David Kramer days after Kramer testified before the congressional panel in December.

Cohen's attorney reportedly said he'd been told Kramer had information that could help his client. The committee had been interested in Kramer because of his 2016 meeting with the author of the infamous Steele dossier.

CNN reported earlier this year that Kramer's testimony had been leaked. Word got out after Kramer's lawyer sent a letter to committee members demanding to know how the leak happened.

A spokeswoman for Rep. Mike Conaway, who's running the panel's investigation into Russian meddling in the 2016 U.S. presidential election, said "witness testimony was not shared improperly."

Cohen testified before the House Intelligence Committee back in October. As of early Wednesday morning, he and his attorney have not commented on the report.