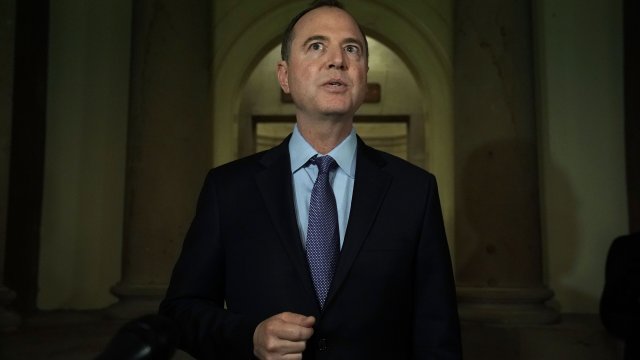 After meeting for the first time in the new Congress, the House intelligence committee has voted to send more than 50 transcripts of interviews from its own Russia investigation to special counsel Robert Mueller.

The transcripts consist of unredacted witness interviews that were conducted by the panel during its investigation. Democrats had attempted to send Mueller the transcripts back in September, but they were blocked by the committee's Republican leaders.

In addition, committee Chairman Adam Schiff announced on Wednesday that the panel would be opening a sweeping investigation into whether financial interests have played a part in President Trump's actions. In a statement, Schiff said the investigation would also look in to possible Russian intervention in the 2016 election.

"He's just a political hack trying to make a name for himself, and I think that's fine, because that's what they do, but there'd be no reason to do that," President Trump said.

Soon after President Trump's statement, Schiff tweeted, "We're going to do our job and won't be distracted or intimidated by threats or attacks."