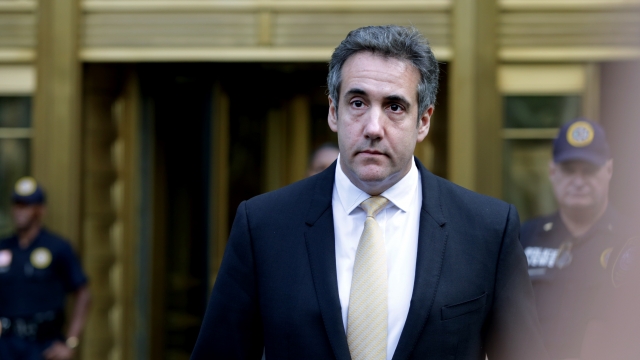 The House Intelligence Committee has released a transcript of its interviews with Michael Cohen.

Cohen is President Donald Trump's former personal lawyer. He's in prison for financial crimes, campaign finance violations and lying to Congress. In a closed-door interview earlier this year, he told the House intel committee that he had lied about the president's involvement in a Moscow Trump Tower project. He also said President Trump's lawyers had edited his 2017 testimony.

The panel voted 12-7 to release around 15 hours' worth of testimony.

The intel committee also voted Monday to release certain exhibits that Cohen provided, but it's still unclear which documents will be made public.