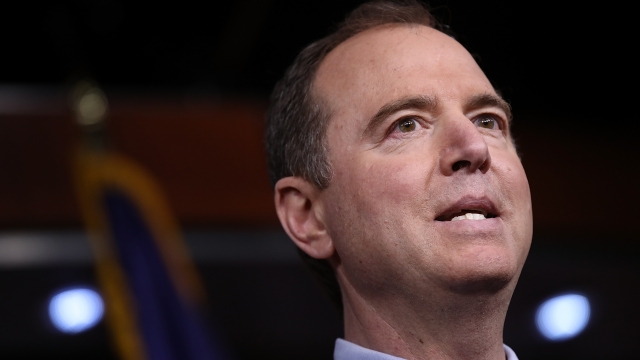 Chairman Adam Schiff said the meeting was postponed after the DOJ agreed to comply with a subpoena for documents related to the Russia investigation.

The House Intelligence Committee postponed an "enforcement action" vote against the Department of Justice after the agency agreed to comply with a subpoena for documents related to special counsel Robert Mueller's Russia investigation.

Chairman Adam Schiff said in a statement Wednesday the DOJ accepted the committee's offer as a "first step towards compliance with our subpoena." He said the department will turn over twelve sets of counterintelligence and foreign intelligence materials starting this week.

As a result, Schiff said he scrapped a meeting scheduled for Wednesday morning. He had previously threatened to take action against Attorney General William Barr during that meeting for not complying with the committee's subpoena.

Still, Schiff said that subpoena will stay in effect until the committee gets the documents, and they'll enforce it if the DOJ doesn't comply with the full request.

The decision put off what could've been another contempt vote against Barr. Earlier this month, the House Judiciary Committee did just that after he failed to provide it with a full, unredacted version of the Mueller report.