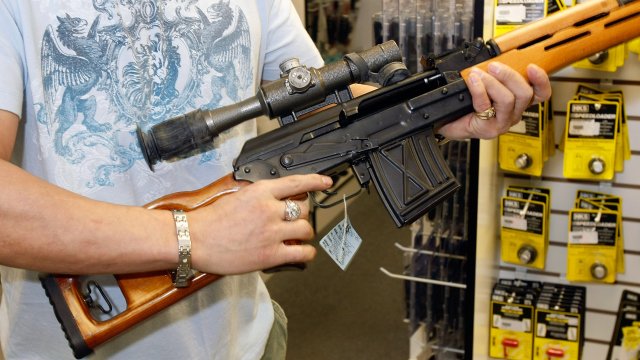 The House of Representatives passed sweeping gun reform laws for the first time in nearly a quarter century. Though the legislation is unlikely to pass in the Republican-controlled Senate, Congresswoman Madeleine Dean says this moment is a culmination of activism.

"Public sentiment is going to move this needle, as it has already. The last election cycle was driven by this. It's no accident Democrats are in the majority the time," Dean explained.

The pair of bills work to tighten background checks. The first requires federal gun checks on every gun sale, including private gun sales. The other would close the so-called "Charleston loophole," which allowed white supremacist and mass shooter Dylann Roof to buy a gun before his background check was completed.

The law at the time said if a check had not been completed in three days, a customer can purchase a gun. If passed, the bill would expand this to 10 days. Recent polling shows nearly all Americans support universal background checks. Still, the legislation advanced with little support from Republicans, who say this is an infringement on law abiding gun owners' rights.

Dean also authored a piece of the bill that would allow for immediate transfer if a gun owner feels they may put themselves or others in harm's way. According to Everytown for Gun Safety, more than half of suicides involve firearms.

Regardless, it's going to be an uphill battle for Democrats to get this out of the Senate and to the president's desk. Even if it does, he says he'll veto it.