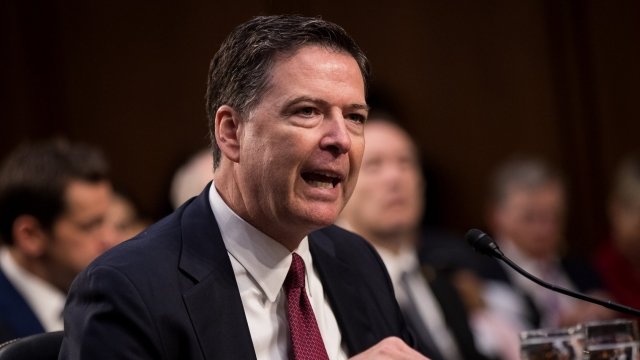 House Republicans will reportedly try one more time to get former FBI director James Comey to testify before Democrats take over in January.

On Friday, news outlets reported the Chairman of the House Judiciary Committee, Rep. Bob Goodlatte, plans to subpoena Comey as well as former Attorney General Loretta Lynch so they can ask them questions about decisions they made during the 2016 presidential campaign.

Friday evening Comey tweeted that House Republicans can ask him "anything they want" but he said "let's have a public hearing" and to let him know "when is convenient." That's basically the same response Comey gave in October when he declined the committee's previous request to testify behind closed doors.

The committee's likely incoming chairman Democratic Rep. Jerry Nadler said in a statement "it's unfortunate that the outgoing Majority is resorting to these tactics."