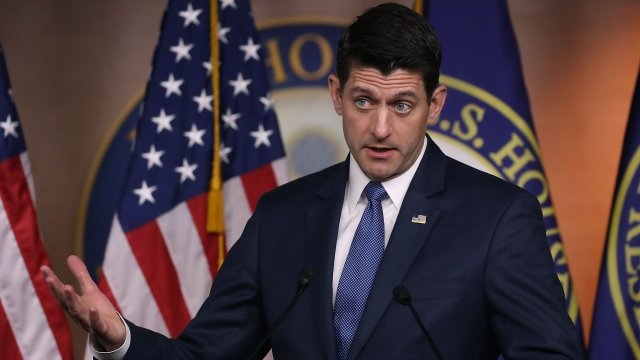 House Republicans are demanding the Department of Justice and the FBI hand over documents related to the Hillary Clinton email probe and the Russia investigation.

And if they don't, GOP leaders are reportedly threatening to hold top federal law enforcement officials — including Deputy Attorney General Rod Rosenstein — in contempt of Congress.

House Republicans gave the DOJ and the FBI until Friday to cooperate with their document requests.

But House Democrats say Republicans didn't follow committee rules for a subpoena over the DOJ documents and, therefore, that subpoena is invalid and Rosenstein can't be held in contempt.

Ryan said he'll regroup with committee chairs Friday to check on the progress of the document requests.