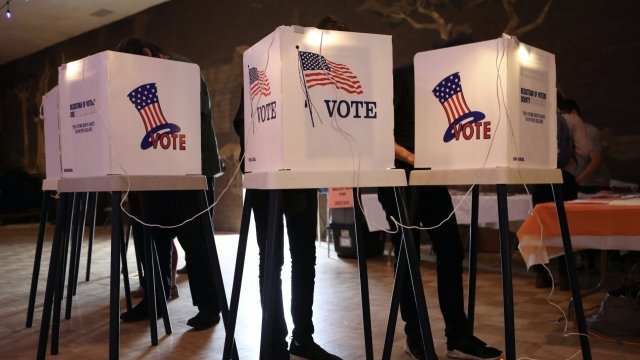 Though the vote was approved largely along party lines, 49 Democrats voted in favor of the resolution.

Other Democratic leaders denounced the measure, calling it a waste of time because the resolution isn't legally binding. Rep. Luis Gutierrez said Republicans should instead turn their attention toward protecting elections from Russian interference.

House Majority Leader Kevin McCarthy  — a lead sponsor of the resolution — said his ultimate concern with the practice is that, "in the process, they are devaluing the very concept of citizenship itself."

McCarthy pointed fingers at Chicago and Cambridge, Massachusetts, for allowing non-citizens to vote in local elections. But the bill specifically calls out San Francisco, which began allowing undocumented immigrants to vote in local school board elections in July.