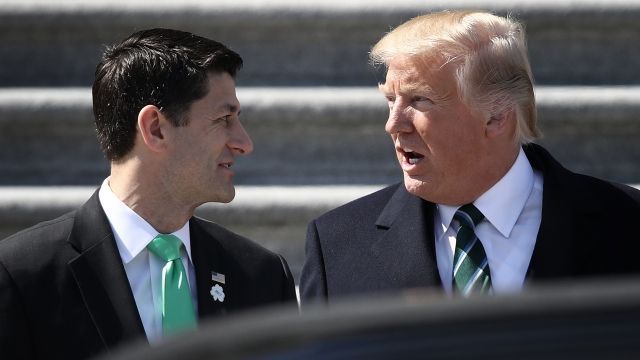 Congress has taken the first step toward repealing and replacing Obamacare.

Before the vote, House Speaker Paul Ryan said: "A lot of us have been waiting seven years to cast this vote. Many of us are here because we pledged to cast this very vote."

Getting rid of the Affordable Care Act was one of President Donald Trump's main campaign promises. Less than 24 hours before the vote, GOP leaders were confident the latest version of the bill would pass.

This is the second time Republicans have pushed an Obamacare replacement. The first version, proposed in late March, was deeply unpopular on both sides of the aisle.

Democrats blasted the initial bill, saying it would strip health insurance coverage from millions of Americans.

Speaker Paul Ryan pulled it before it even went to a vote.

Trumpcare 2.0 still isn't popular among Democrats and even some Republicans, partly because the Congressional Budget Office hasn't reviewed it. The office estimates how many people would lose coverage and how much the bill would cost.

Still, the Republican majority in the House was enough to push the American Health Care Act through. The vote on the bill passed 217-213.

House Minority Leader Nancy Pelosi warned Republicans: "You have every provision of this bill tattooed on your forehead. You will glow in the dark on this one."

This is the first step in a three-part Republican plan to overhaul the American health care system. The bill still needs 50 votes in the Senate to reach the president's desk.