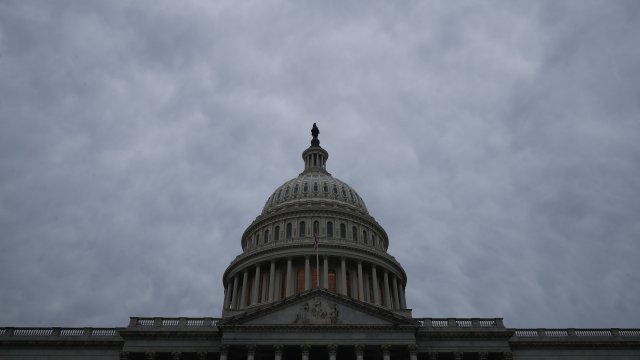 SMS
House Democrats Unveil New Rules Package For Upcoming Congress
By Briana Koeneman
By Briana Koeneman
January 3, 2019
This newest package is very different from the rules Republicans had approved while they were in charge for the last several years.
SHOW TRANSCRIPT

Just before Democrats officially regained control of the House of Representatives, the party's top lawmakers unveiled a slew of new rules for the upcoming Congress.

When a new Congress starts up every two years, the majority party has to adopt a rules package that dictates how the chamber conducts its business. And this newest package is very different from the rules Republicans had approved while they were in charge for the last several years.

For instance, the package proposes the revival of the so-called Gephardt rule, which automatically raises the debt ceiling when the House passes a budget.

It also replaces a GOP rule that requires new spending to be offset with budget cuts. The new system would be "pay as you go," which would require new spending be offset by either budget cuts or increases in revenue. But that has drawn criticism from the left, with some saying it could make it harder to pass legislation on certain issues like health care.

Other notable changes include the creation of a committee to address climate change, a ban on discrimination on the basis of sexual orientation or gender identity and several new ethics rules.

The House is expected to vote on the rules package Thursday.