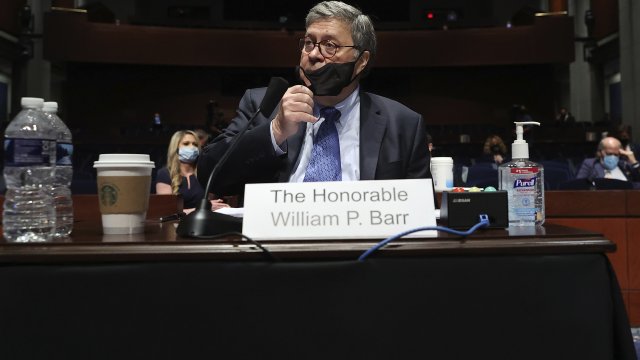 It was contentious hearing, more than one year in the making. Attorney General William Barr appeared before the House Judiciary Committee to talk about issues piling up since 2019: the Russia probe, Roger Stone, and most recently, protests relating to racism in policing.

Months after the death of George Floyd, the attorney general defended the federal response to ongoing protests in Portland, Oregon, saying there's no doubt in his mind unrest would spread if not for federal agents sent by President Trump.

Democrats, many of whom have called for Barr's impeachment,  also attempted to nail him on his relationship with the president, which the attorney general maintains is ethical. He was asked about his intervention with prosecutions of President Trump's allies, namely when the Justice Department asked for a sentence reduction for Roger Stone. The entire prosecutorial team resigned. Barr says he supported the prosecution of Stone overall. Still, Barr has only intervened in cases from those in the president's inner circle.

All of this as Republicans played a long video editing together some of the most violent moments over the months of protests, and criticizing the press for saying protests were largely peaceful. The GOP focused largely on what they said was ANTIFA's role in the protests and the origins of the Russia investigation. Barr told the committee he's had conversations with the president about re-election, but the talks have been appropriate.

With three months until election day, the attorney general didn't initially say foreign interference was inappropriate, only coming to the conclusion when asked repeatedly.