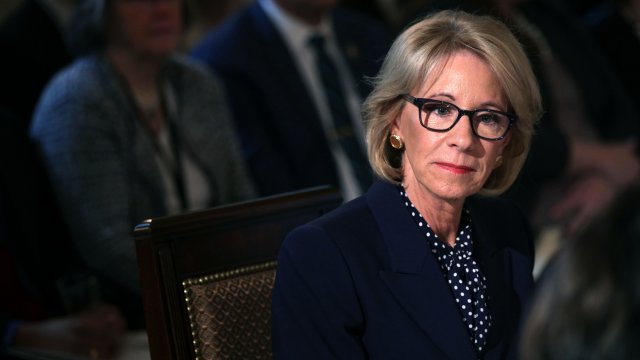 "I believe this budget is cruel, and I believe that it is reckless. I really am left with a very serious question for you: How can you support this budget? I mean that genuinely," Rep. Rosa DeLauro said.

House Democrats aren't pleased with Education Secretary Betsy DeVos's latest budget proposal, which, among other things, would slash overall funding for department programs by more than $7 billion. That includes cutting more than $17 million in federal funding for the Special Olympics.

During a hearing before a House subcommittee Tuesday, DeVos defended the proposal, saying she had to make difficult choices.

Tuesday was the first time DeVos appeared before a Democrat-controlled House panel. During the hearing, she admitted that her suggestions didn't have a good chance of going through. The House Appropriations Committee rejected similar proposals last year while under Republican control.