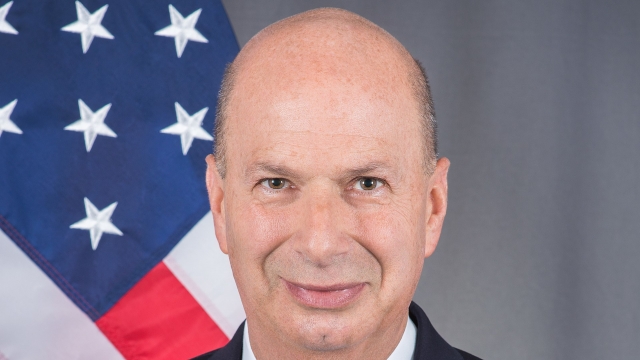 The chairmen of three House committees say they will subpoena the U.S. ambassador to the European Union to testify before Congress.

Reps. Adam Schiff, Eliot Engel and Elijah Cummings said in a joint statement Tuesday that Ambassador Gordon Sondland's deposition is "vital." They added: "That is precisely why the Administration is now blocking his testimony and withholding his documents."

Hours earlier, the attorney representing Sondland said the State Department had told him not to appear for his scheduled transcribed interview before the U.S. House of Representatives Joint Committee.

The lawyer told reporters that as a State Department employee, Sondland has to follow the agency's instructions, but that he was "profoundly disappointed" by the decision.

Sondland is considered a key witness in Democrats' impeachment inquiry against President Donald Trump. He and several other officials became entangled in the Ukraine controversy after text messages showed they had pressured Ukraine to investigate President Trump's political opponents.

On Tuesday, President Trump said on Twitter he "would love to" send Sondland to testify, "but unfortunately he would be testifying before a totally compromised kangaroo court, where Republican's [sic] rights have been taken away."