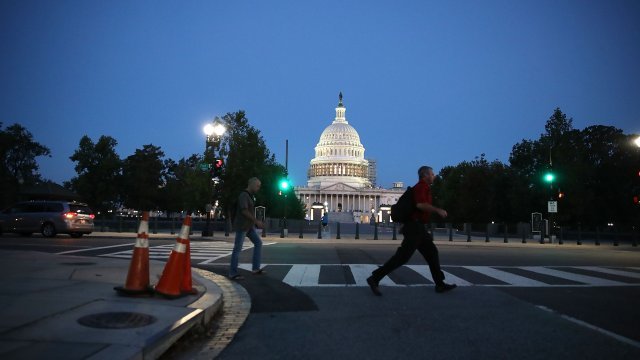 House Democrats are set to vote on a spending package to reopen and fund parts of the government. They'll reportedly hold the vote when the new lower chamber convenes Thursday.

The legislation doesn't include any designated funds for President Donald Trump's border wall, although The Associated Press reports it could have some $1.3 billion for border security.

But the Senate — which is controlled by Republicans — has said in the past that it won't rubber stamp anything that Trump doesn't approve of, and the president has repeatedly said he won't OK any bill without border wall funding.

According to a joint statement from Senate Minority Leader Chuck Schumer and House Speaker-designate Nancy Pelosi, one of the proposed bills would reopen and fund all government agencies — except the Department of Homeland Security — at current levels.

The spending package also includes a second measure that would extend funding for Homeland Security through Feb. 8.

Schumer and Pelosi said, "It would be the height of irresponsibility and political cynicism for Senate Republicans to now reject the same legislation they have already supported."