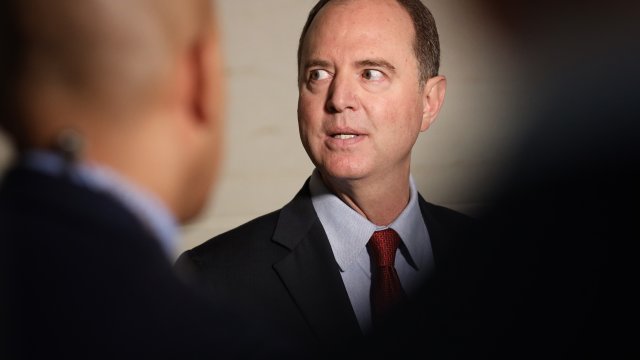 House Democrats say they will subpoena U.S. Ambassador to the European Union Gordon Sondland after he failed to show up for a congressional interview Tuesday morning.

Sondland's attorney says he was ordered by the State Department and the White House not to appear before the House committees despite flying in from Brussels to prepare. The attorney said that as a government employee, Sondland is required to follow the department's instructions, but that he is "profoundly disappointed."

Meanwhile, House Republicans are calling the entire impeachment inquiry a fairy tale. The president reacted via Twitter, saying in part that the ambassador "would be testifying before a totally compromised kangaroo court."

Sondland was mentioned in the whistleblower complaint. It alleges he worked with Ukraine to help fulfill the president's requests. Text messages between Sondland and other government officials show discussions about the alleged quid pro quo between the administration and Ukraine.

In the messages, former Ambassador to Ukraine Bill Taylor says, "Are we now saying that security assistance and white house meeting are conditioned on investigations? Sondland says, "Call me." Eight days later, Taylor says, "I think it's crazy to withhold security assistance for help with a political campaign." Sondland defends the president, saying he "has been crystal clear: no quid pro quo's of any kind." Sondland, a longtime supporter of President Trump, donated $1 million to his inaugural committee.

It’s been a clear pattern: Current staffers are not showing up to testify, but ex-staffers have been more forthcoming.

Democrats say if their subpoenas keep being ignored it will contribute to another article of impeachment.

House Democrats have scheduled depositions the rest of this week and next, not to mention a records request deadline for the vice president and subpoena deadlines for the president's lawyer Rudy Giuliani, acting Chief of Staff Mick Mulvaney and Defense Secretary Mark Esper.