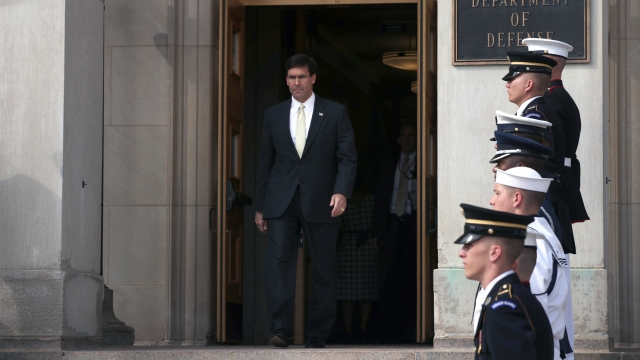 The three house committees leading the impeachment inquiry into President Donald Trump subpoenaed the Department of Defense and Office of Management and Budget on Monday for documents related to Ukraine.

The House Intelligence, Foreign Affairs and Oversight committees are looking into the Trump administration's decision to withhold U.S. military aid to Ukraine and the extent to which President Trump "jeopardized national security." That decision happened to take place around the same time President Trump asked Ukraine's President to investigate former Vice President Joe Biden and his son.

In a statement, the chairmen of those committee's wrote: "The enclosed subpoena demands documents that are necessary for the committees to examine this sequence of these events and the reasons behind the White House’s decision to withhold critical military assistance to Ukraine that was appropriated by Congress to counter Russian aggression."

They want those documents by Oct. 15.

President Trump reportedly told his acting chief of staff, Mick Mulvaney, to put the almost $400 million of military aid for Ukraine on hold. Mulvaney reportedly relayed the information through the budget office to the Pentagon and the State Department. The New York Times reports the departments were told the administration was looking into if the "spending was necessary." The money was eventually released to Ukraine. President Trump has repeatedly said he didn't do anything wrong and has called the whistleblower complaint "a scam."