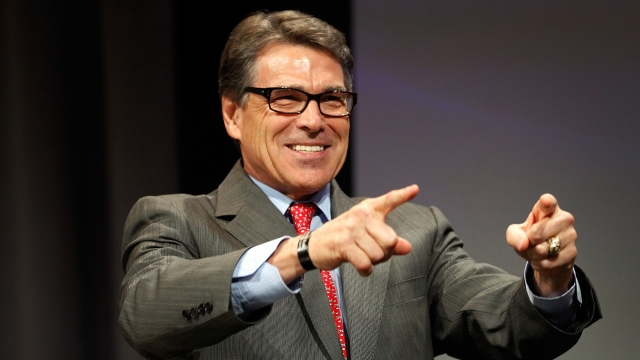 The House Intelligence, Foreign Affairs and Oversight Committees want the documents by Oct. 18.

In a letter to Perry, the chairmen wrote: "Recently, public reports have raised questions about any role you may have played in conveying or reinforcing the President’s stark message to the Ukrainian President. These reports have also raised significant questions about your efforts to press Ukrainian officials to change the management structure at a Ukrainian state-owned energy company to benefit individuals involved with Rudy Giuliani’s push to get Ukrainian officials to interfere in our 2020 election."

A whistleblower complaint claims President Trump pressured Ukraine's president to solicit interference in the 2020 presidential election by asking him to open an investigation into presidential candidate Joe Biden and his son. Trump has denied any wrongdoing.

On Monday, Perry said he never told President Trump to call Ukraine about the Bidens.

Democrats have already sent subpoenas to others, including Secretary of State Mike Pompeo and the Department of Defense, for documents related to the president's phone call with Ukraine's president.