House Democrats Say They're Prepared To Subpoena The White House 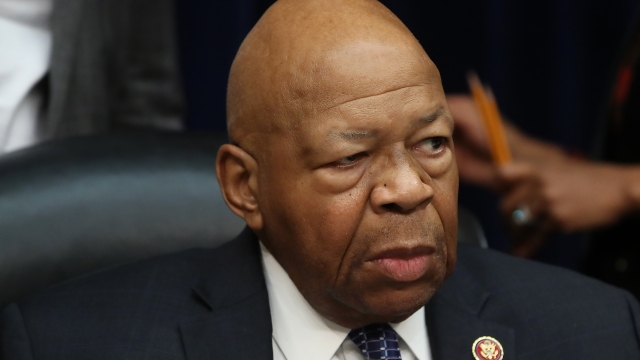 House Democrats say they'll hit the White House with a subpoena if they don't get the documents they've asked for.

House oversight committee Chairman Elijah Cummings told committee members in a letter he'll issue the subpoena on Friday if the White House does not comply with a document request. Lawmakers have asked for records related to President Donald Trump's phone call with Ukraine's president on July 25. Cummings said the House is investigating "the extent to which President Trump jeopardized national security by pressing Ukraine to interfere with our 2020 election and by withholding security assistance provided by Congress to help Ukraine counter Russian aggression, as well as any efforts to cover up these matters."

He wrote: "I do not take this step lightly. Over the past several weeks, the Committees tried several times to obtain voluntary compliance with our requests for documents, but the White House has refused to engage with — or even respond to — the Committees."

House intelligence committee Chairman Adam Schiff, with House Speaker Nancy Pelosi by his side, told reporters on Wednesday they are concerned the White House will try to "stonewall" the inquiry.

President Trump has denied any wrongdoing and has said his conversation with Ukraine's president was appropriate. On Wednesday, The New York Times reported Schiff got an early account of the whistleblower's concerns about the phone call before the complaint was filed. President Trump responded to the report at a joint press conference with the president of Finland.

"He knew long before, and he helped write it, too," President Trump said. "It's a scam. It's a scam."

The whistleblower's lawyer told CNN Schiff did not help write the complaint.