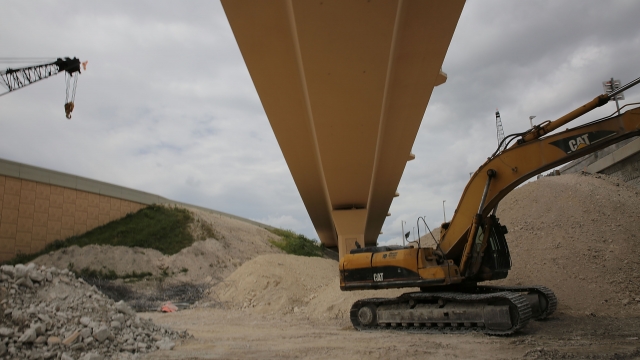 House Democrats have released a 5-year plan to invest hundreds of billions of dollars in the infrastructure of the nation.

In a press release Wednesday, the chairs of three House committees unveiled a framework for the $760 billion plan, which they say would tackle "some of the country's most urgent infrastructure needs."

Transportation and Infrastructure Committee Chair Peter DeFazio explained, “It’s past time to for transformational investments to make our infrastructure smarter, safer, and resilient to climate change, or else we will keep throwing money at an antiquated system that is only holding us and our economy back."

While the new plan includes a detailed breakdown of where the funds will go, it doesn't say where the money will come from.

Negotiations for a $2 trillion infrastructure plan hit a road block last April when President Donald Trump and House Democrats couldn't agree on just that. The talks fell apart entirely after House Speaker Nancy Pelosi said she believed the president is engaged in a cover-up. President Trump told reporters he couldn't make a deal until "these phony investigations are over with."