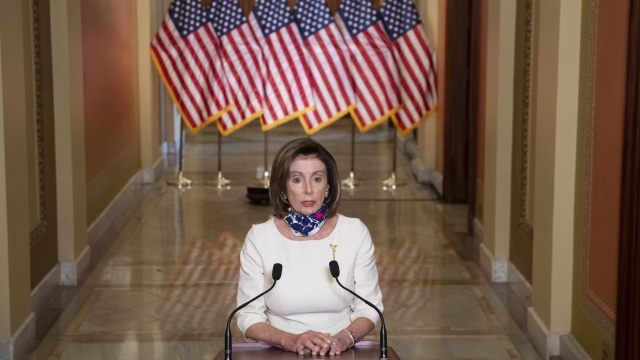 House Democrats passed a massive coronavirus relief bill on Friday. But it's expected to die in the Senate.

However, the $3 trillion bill highlights the priorities of House Democrats. They want another round of $1,200 stimulus payments to Americans and $915 billion in aid for state and local governments. In addition, they're seeking hazard pay of $13 more per hour for essential workers in high-risk industries. And they want funding for mail-in ballots for the November elections.

House Speaker Nancy Pelosi praised her members for passing the legislation. She said: "They just did something so monumental for the American people — for their health, for their lives, for their livelihood, and for our democracy."

It's the most expensive legislation the House has ever approved. The price tag is more than the last four COVID-19 relief bills combined.

In a narrow 208-199 vote, it was opposed by 14 Democrats and all but one Republican. President Donald Trump has vowed to veto the legislation, but it will likely never reach his desk.

Additional reporting by Andrew Taylor and Alan Fram of the Associated Press.