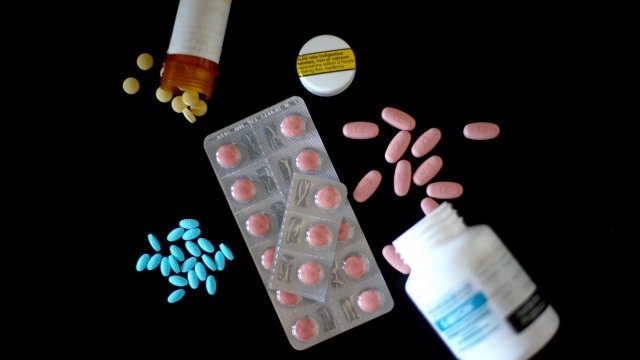 There's been a lot of talk about what House Democrats will investigate when they take control in January. And while the Trump administration has been getting most of the attention, there's another target up for congressional investigation: big pharma. Incoming House oversight committee Chairman Elijah Cummings says he plans to bring in pharmaceutical company CEOs to ask for details about skyrocketing drug costs.

Prescription drug prices have been on a significant rise over the last 25 years. But according to Kaiser, from 2013- 2015 there was a large spike that has not seen a real decline. Just this week, Pfizer announced it will raise prices of 41 of its drugs in January. The company creates a wide range of drugs from Advil to the opioid overdose reversing drug naloxone.

Cummings has a long history battling with drug companies. But now, as head of the committee, he'll have subpoena power and plans to use it to bring some of the heads of these companies in front of Congress.

This isn't new territory for the Maryland Democrat. Back in 2016, he was part of the committee that wanted to know why the CEO of Mylan was raising the prices of EpiPens. He also reprimanded a smirking Martin Shkreli at a 2016 hearing. The entrepreneur, also known as the "pharma bro," had recently raised the price of an anti-malaria drug from $13.50 to $750 per pill.

Among the companies Cummings said he wants to focus on in 2019 is Allergan, a company that made a deal to shield itself from generic competition with its eye drops.

The incoming chairman says he wants to talk to CEOs about the cost of research and development. Many companies have previously cited this expense as the reason for high drug prices.

But in the end, this committee doesn't create laws. It only investigates. So any findings will need to be turned into action somewhere else. It may actually be something this Congress, and the president, can find common ground on. Both sides have already generated legislative proposals, and President Trump has also said this is a top priority in his administration.