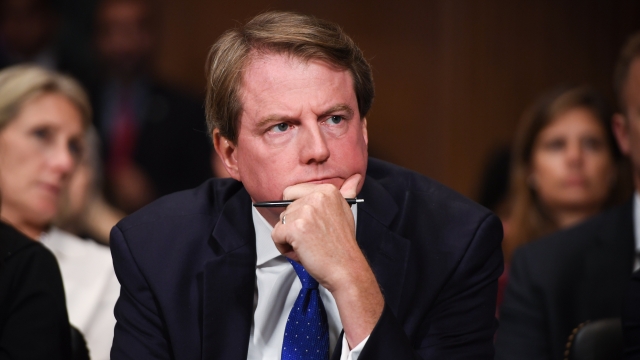 House Democrats have introduced a resolution that could be a powerful precursor toward holding Attorney General William Barr and former White House counsel Don McGahn in contempt of Congress.

Lawmakers are expected to vote on the resolution next week. It would expand House committee chairs' powers and let them go to civil court to enforce subpoenas against Barr and McGahn. Lawmakers have also said they will vote on whether to hold Barr and McGahn in contempt of Congress next week. But Thursday's resolution does not read like a contempt resolution. In fact, it doesn't even include the word 'contempt'.

That same committee also subpoenaed McGahn, but the White House asked him not to testify or turn over documents related to the committee's investigation.

The committee is investigating the president and whether he obstructed justice. The White House has been reluctant to comply with the committee's requests and has ordered it to discontinue its investigation.