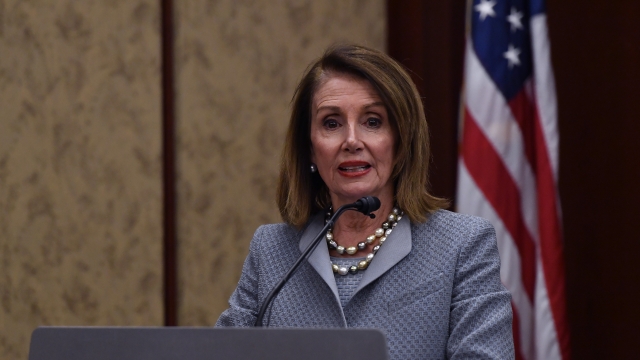 House Democrats have filed a lawsuit against President Donald Trump's declaration of a national emergency at the U.S.-Mexico border.

The complaint, filed Friday, argues President Trump’s attempt to divert federal funding from several programs to fund wall construction violates the Appropriations Clause of the Constitution, which gives Congress the power to designate federal spending. In February, Congress approved $1.375 billion in funding for barriers along the U.S.-Mexico border, which was about $4.3 billion less than what the president wanted. President Trump declared a national emergency shortly after to access certain government funding to pay for a border wall without going through Congress.

Speaker of the House Nancy Pelosi said in a statement after the filing that "Congress has a solemn responsibility to defend its exclusive constitutional responsibilities, and protect our system of checks and balances. The very integrity of our democratic institutions are at stake. We will not let the President trample over the Constitution."

In addition to the House lawsuit, the emergency declaration faces seven other legal challenges from states, environmental groups and nonprofit organizations.

President Donald Trump traveled to Calexico, California Friday to check out a recently installed section of border fencing. During a roundtable on immigration and border security, President Trump once again referred to the situation at the border as an emergency, saying "the crisis is a direct result of the obstruction by the democrats in Congress."