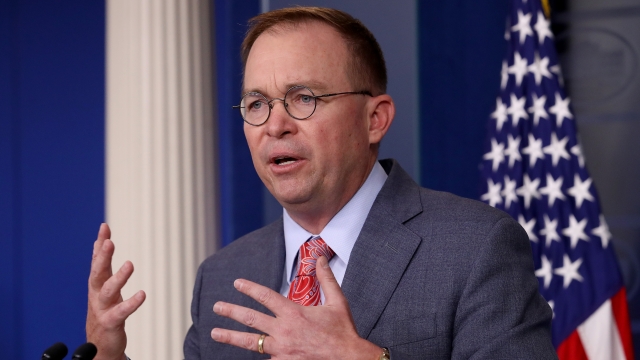 House Democrats want Mick Mulvaney, the White House chief of staff, to give a deposition as part of the impeachment inquiry.

They want him to appear on Friday, according to a letter sent Tuesday. The letter, written by the chairmen of the three House committees conducting the investigation, says they believe Mulvaney has "substantial first-hand knowledge and information relevant to the House's impeachment inquiry."

The chairmen also wrote that Mulvaney "may have been directly involved" in the alleged quid pro quo with Ukraine.

In October, Mulvaney said during a White House press briefing that the president withheld military aid to Ukraine so that it would investigate Democrats. But Mulvaney later walked that back and said "there was absolutely no quid pro quo" and that the media had misconstrued what he said.

Mulvaney will most likely not comply with the request. The White House has been directing administration officials not to participate in the impeachment investigation, which President Trump has characterized as another "witch hunt."