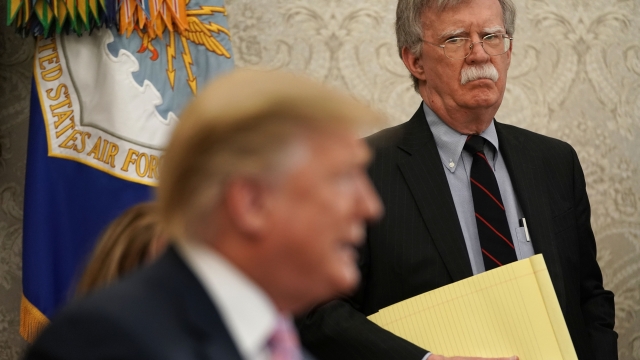 But Bolton's lawyer said he won't testify without a subpoena.

Chairs of the House Intelligence, Foreign Affairs and Oversight committees sent a letter to Bolton's lawyers asking for a voluntary appearance on November 7.

The move to hear from Bolton stems from the testimony of former Russia adviser Fiona Hill.

- Bolton's own warnings to the president

- and President Trump's awareness of arranging a meeting with his Ukrainian counterpart to open a political investigation.

President Trump fired Bolton in September over disputes on how to handle foreign policy issues.