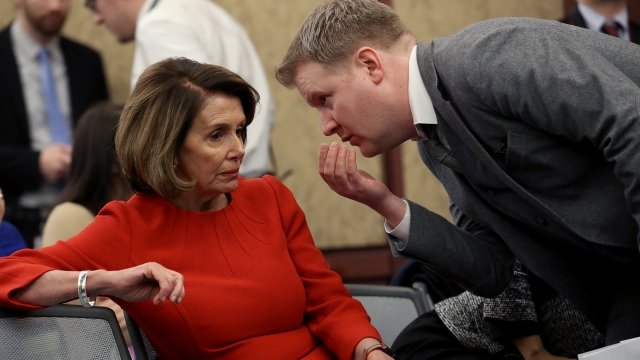 "What we're doing here today is basically saying, 'Wealthy Americans, big fat Christmas present for you. Tiny Tim, we're taking your crutch away from you and all the other kids in this country and we're putting a lump of coal into your Christmas stocking,'" Rep. Jackie Speier said.

More specifically, the group of female U.S. representatives criticized their Republican colleagues for letting it slip while being "consumed" with efforts to repeal the Affordable Care Act and, more recently, jamming their tax overhaul bill through the House and Senate.

CHIP has been around for 20 years and has always had bipartisan support. In September, lawmakers missed their deadline to reauthorize it. If Congress doesn't come up with a fix, millions of children could eventually lose their current health insurance.

"If we don't act today or tomorrow, shame on the Republicans for taking us to this place," Rep. Kathy Castor said.