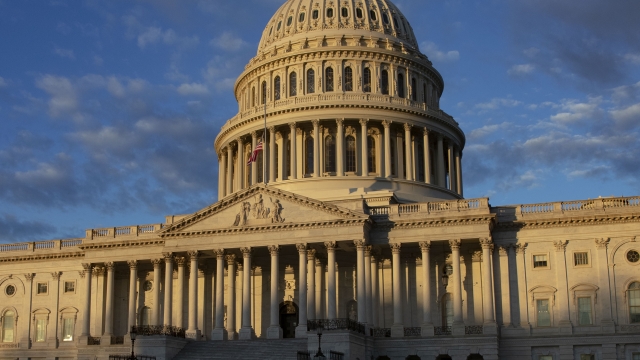 In a 240-187 vote, the House has approved a resolution condemning President Donald Trump's racist tweets.

The president indirectly tweeted about four congresswomen, all of them women of color, over the weekend, telling them to "go back" to where they came from.

Reps. Alexandria Ocasio-Cortez, Ilhan Omar, Rashida Tlaib and Ayanna Pressley were told to "go back and help fix the totally broken and crime infested places from which they came." All four are American citizens, and three were born in the U.S. In a press conference, the congresswomen said they would not let the president's remarks deter them from their work.

Earlier in the day, the debate over the resolution was at a standstill. GOP members said Speaker Nancy Pelosi's speech introducing the bill violated House decorum, which says, in part, that members shouldn't question the integrity of their colleagues' motives.

"These comments from the White House are disgraceful and disgusting, and the comments are racist."

Pelosi, though, said her commentary had already been approved by the parliamentarian ahead of the debate.

After the motion to strike her speech, the House had to vote on whether her commentary violated rules or not. The chamber voted 232-190, along party lines, that it would not be removed from the record.

Afterward, the original debate topic was back on, and lawmakers decided to condemn President Trump's tweets.

The president has defended his comments and says they were not racist. He said on Twitter Tuesday "I don't have a racist bone in my body!" He also called the vote a "Democrat con game" and urged Republicans to "not show weakness."