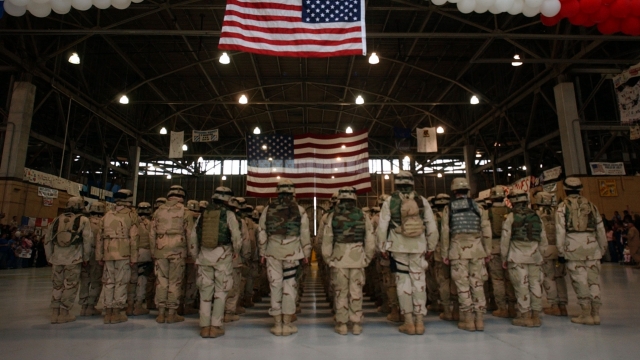 SMS
House Resolution Condemns Ban On Transgender Service Members
By Caitlin Baldwin
By Caitlin Baldwin
March 28, 2019
Under the ban, transgender people who are already serving can stay on only if they agree to serve as the gender assigned to them at birth.
SHOW TRANSCRIPT

The Democrat-controlled House voted to condemn the Trump administration's decision to ban most openly transgender people from serving in the military.

The nonbinding resolution was approved Thursday 238-138. In it, House members call the ban "discriminatory" and say the policy "stigmatizes and devalues [transgender service members'] contributions to our Nation's defense."

It also urges the Defense Department not to reinstate the ban and instead allow "qualified transgender Americans to enlist and serve."

Earlier this week, the D.C. Court of Appeals ruled the final injunction blocking the ban should be lifted. The rule will go into effect on April 12. Transgender people who are already serving will be allowed to stay on, but only if they agree to serve as the gender assigned to them at birth.

Thursday's vote was mostly a symbolic one, but it may be an indication that the House will try to overturn the policy, potentially during its yearly Defense Authorization Act process.