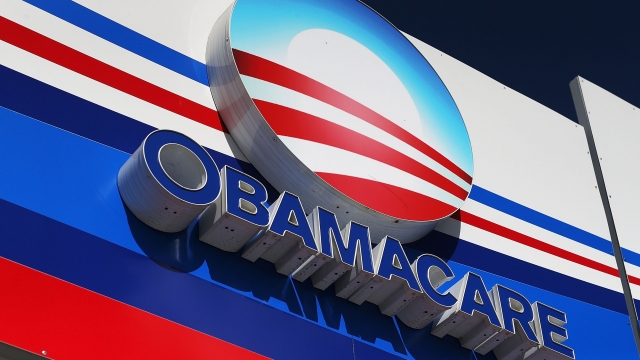 The House voted to approve a nonbinding resolution that condemns the Trump administration's efforts to overturn Obamacare.

The House upheld a resolution Wednesday condemning the Trump administration's efforts to take down the Affordable Care Act.

It's in response to the Justice Department's announcement last week saying it agrees with a Texas lawsuit that Obamacare is unconstitutional and should be dismantled.

Here's some background: After campaigning on the promise to repeal and replace the Affordable Care Act, President Donald Trump changed course Tuesday to say that Congress would not vote on a health care replacement until *after the 2020 presidential election.

That decision reportedly came at the urging of Republican lawmakers, with Senate Majority Leader Mitch McConnell telling reporters Tuesday that Senate Republicans won't be taking up comprehensive health reform in this Congress.

But the President said a 2020 vote was always his plan.

"No, I want to delay it myself. I want to put it after the election because we don't have the House. So even though the health care is good. It's really good. It's much better -- when the plan comes out, which we'll be showing you at the appropriate time, it's much better than Obamacare," President Trump said.

The resolution is non-binding, so it's largely symbolic. It's not likely to move forward in the Republican-controlled Senate.