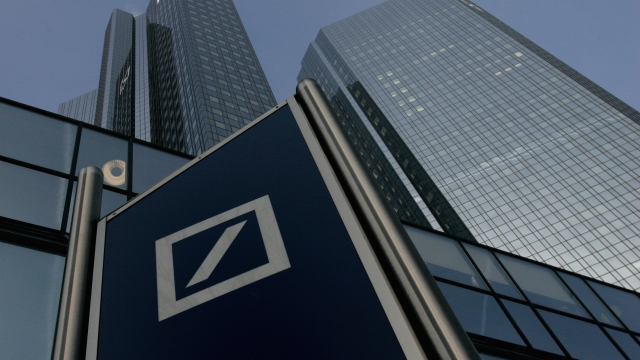 Sources told CNN the subpoena is looking for information about loans the bank gave to the president and the Trump Organization. Otherwise, the scope of the subpoena isn't really clear.

People with knowledge of the investigation told The New York Times the House committees on Intelligence and Financial Services are also asking other financial groups like JPMorgan Chase, Bank of America and Citigroup for documents. The committees are looking into whether people in Russia and Eastern Europe used the U.S. financial system for "illicit purposes," and whether President Trump was involved.

Over the years, Deutsche Bank has given the Trump Organization hundreds of millions of dollars in loans. It hasn't given the company new loans since the president took office.

House Intelligence Committee Chairman Adam Schiff said it was a "friendly subpoena" and that the committees look forward to the bank's cooperation.

Deutsche Bank said it's committed to "providing appropriate information to all authorized investigations in a manner consistent with our legal obligations."