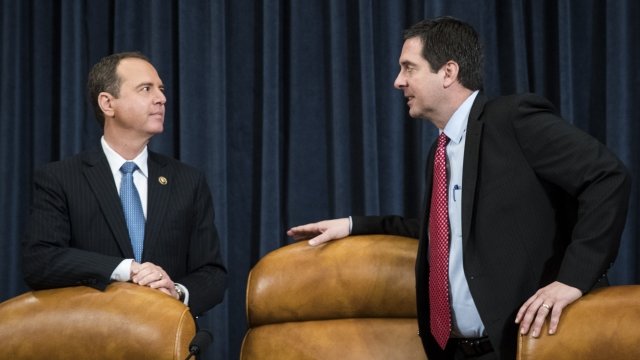 SMS
House Committee Votes To Release Russia Probe Transcripts
By Andrea Gonzales
By Andrea Gonzales
September 28, 2018
The panel voted unanimously to release the the documents after Democrats on the committee have been calling for the release for months.
SHOW TRANSCRIPT

We could get new insight into the Russia investigation after the House Intelligence Committee voted unanimously Friday to release some interview transcripts. The interviews with key players of the 2016 election took place between June 2017 and March 2018 as part of the panel's probe into Russian election interference.

The House intel committee released its GOP-led report in April saying its investigators found no evidence the Trump campaign colluded, coordinated or conspired with the Russian government. But a bipartisan report by the Senate Intelligence Committee supported the intelligence community's findings that Russia did interfere and favored Trump.

The documents will now be reviewed and redacted to protect classified information, a process that could take days or weeks.