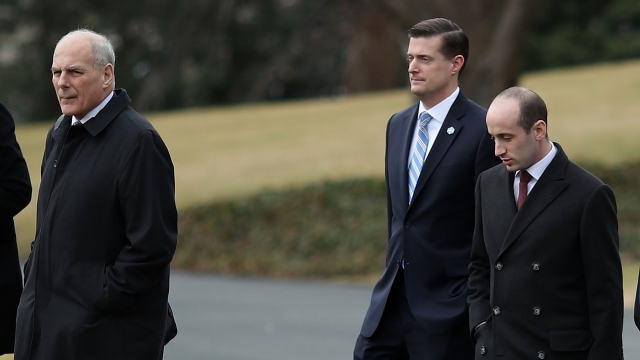 Porter served as White House staff secretary for just over a year before resigning amid allegations of abuse from his two ex-wives. His testimony is set for Sept. 17.

All three men are named several times in Robert Mueller's report on Russian interference in the 2016 election.

The House Judiciary Committee says it's seeking their testimony to further its investigation into possible obstruction of justice by President Donald Trump.

Judiciary Committee Chairman Jerry Nadler said: "This will help the committee determine whether to recommend articles of impeachment against the president or other Article 1 remedies. No one is above the law."

The White House will likely attempt to block Porter from complying with the subpoena. White House and Justice Department lawyers have repeatedly insisted that presidential aides have "absolute immunity" from being compelled to testify to Congress.