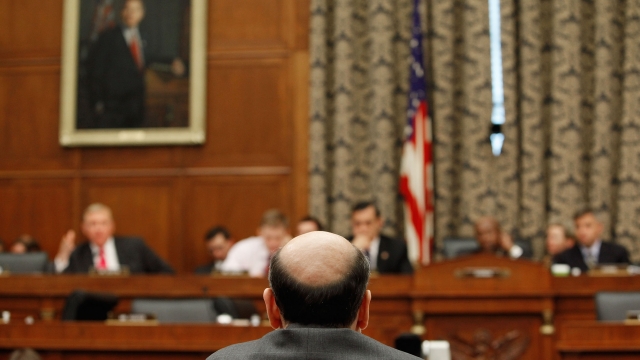 SMS
House Committee Seeking To Hold William Barr, Wilbur Ross In Contempt
By Katie Cammarata
By Katie Cammarata
June 4, 2019
The two defied subpoenas for documents relating to the addition of the controversial citizenship question to the 2020 census.
SHOW TRANSCRIPT

The two defied bipartisan House Oversight and Reform Committee subpoenas for documents relating to the addition of the controversial citizenship question to the 2020 census.

The addition of the question has been blocked three different times in federal courts. And now the case is working its way through the Supreme Court.

Some officials are worried it would lead to disproportionate responses to the census, which is unconstitutional. The U.S. Constitution says an accurate tally of the population has be done every 10 years. But, if people are worried they may be kicked out of the country if they say they're not a U.S. citizen, they're less likely to respond to the census. That could lead to population undercounting when drawing congressional districts later.

The committee said it would hold off on a contempt vote if it received the previously requested, unredacted documents by Thursday.