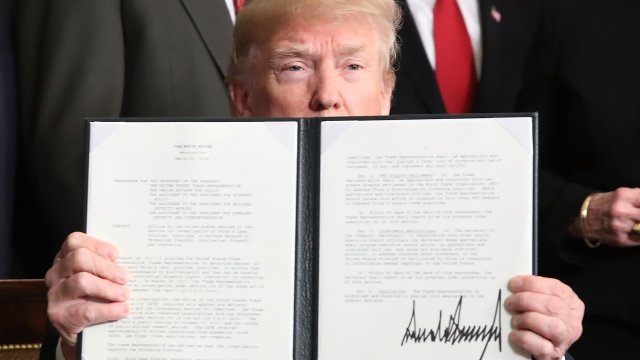 President Trump's recent order to impose tariffs on steel and aluminum imports hasn't exactly sat well with all of the Democrats in Congress, but lots of Republicans aren't happy about it, either — demonstrating that both support and frustration with the order lies beyond political affiliation.

To address the concerns on Capitol Hill, the House Means and Ways Committee held a hearing on Thursday. At the hearing, more than half a dozen business leaders from around the country testified on the effects the tariffs are having on their respective industries.

Kevin Kennedy, president of Kennedy Fabricating, told the committee: "The impact is that it's already shifting our jobs and work outside of the U.S. What was presented as a tariff on foreign steel has effectively become a tax on U.S. manufacturers like us." 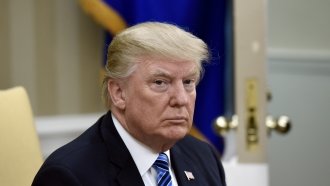 The 25 percent steel tax and the 10 percent aluminum tax have only been in place for a few weeks. After May 1, a handful of nations that were initially exempt — including Canada, Mexico and the European Union — could be hit by the tariffs, too.

Beyond the economic retaliation that could occur, some say this is an issue of national security.

Roger Newport, CEO of AK Steel Corporation, said: "Damage to this infrastructure will threaten America's national security and the economy. Thus, it is imperative that we have a domestic electric steel supply chain that can react quickly, following a natural disaster or terrorist attack."

Meanwhile, Trump has maintained his confidence in the decision to impose the tariffs. According to the AP, Trump promised Americans things would eventually turn out in their favor, saying: "They understand that they're doing this for the country. We'll make it up to them. In the end they're going to be much stronger than they are right now."