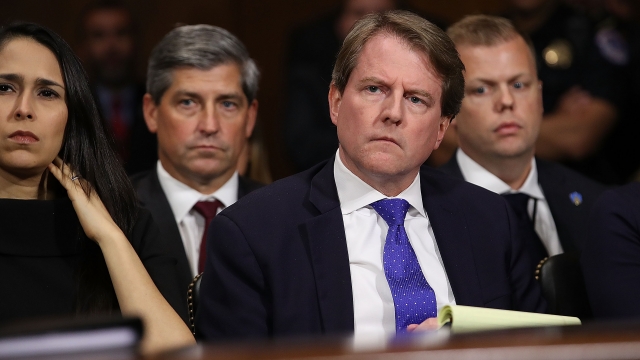 The panel says it needs to hear from McGahn in order to determine whether it should consider impeaching the president.

According to the lawsuit, the committee "is now determining whether to recommend articles of impeachment ... based on the obstructive conduct described by the Special Counsel." But it says it can't make that call "without hearing testimony from a crucial witness to these events: former White House Counsel Donald F. McGahn II."

The committee's investigating President Trump and whether or not he obstructed justice.

In May, the White House told McGahn not to testify or turn over documents related to the committee's investigation.

More than half of House Democrats have said they support beginning an impeachment inquiry against the president.