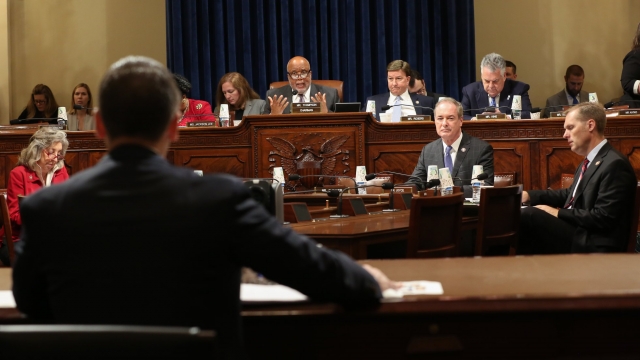 The House Committee on Homeland Security is calling for the owner of 8chan to testify. That's the messaging website linked to the mass shooting in El Paso, Texas.

The committee's chairman and ranking member sent a letter to Jim Watkins — owner of InfiniteChan, better known as 8chan — asking that he answer questions about the website's efforts to control the proliferation of extremist content on the site.

The gunman in the El Paso shooting reportedly posted a racist and anti-immigrant manifesto on 8chan minutes before opening fire. Twenty-two people were killed and dozens of others were injured.

The website has also been linked to at least two other shootings this year, including the livestreamed mosque shootings in Christchurch, New Zealand, that killed 50 people and injured dozens in March.

The founder of 8chan, Fredrick Brennan, has called for the site to be shut down. He resigned as site administrator in 2016. As of Wednesday, 8chan was offline after multiple service providers terminated their work with the site.

The House committee also asked that Watkins provide physical contact information so he can receive communications.