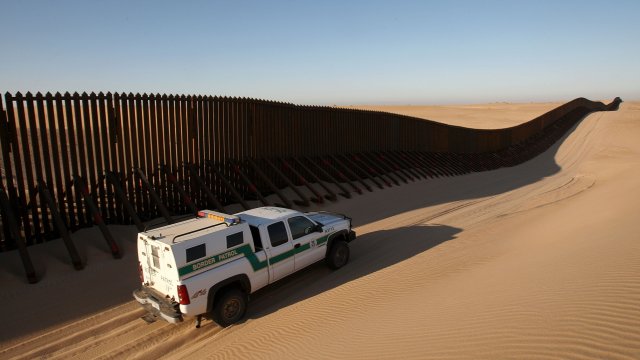 SMS
House Committee Asks For Investigation Into $400M Border Wall Contract
By Briana Koeneman
By Briana Koeneman
December 5, 2019
The committee's chairman asked for the review in a letter to the Defense Department Office of Inspector General.
SHOW TRANSCRIPT

The House Homeland Security Committee wants an investigation into a $400 million contract recently given to a construction firm to build a section of border wall between Mexico and Arizona.

The committee's chairman asked for the review in a letter to the Defense Department Office of Inspector General.

In it, he said he's concerned about the possibility of "inappropriate influence" on the U.S. Army Corps of Engineers' decision to award the contract to Fisher Sand and Gravel.

He said the company hadn't been given a construction contract prior to Monday. Its proposals reportedly didn't meet operational requirements, and its prototype came in late and over budget.

But despite all that, the chairman said President Trump personally urged military officials to hire Fisher Sand and Gravel.

The company was selected this week to design and build a section of new border barrier near Yuma, Arizona. The estimated contract completion date is Dec. 30 of next year.