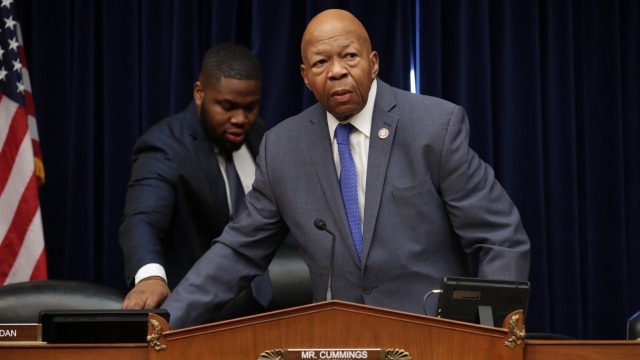 The House Oversight and Reform Committee has approved a subpoena for its probe into the White House's security clearance process.

The committee voted Tuesday to authorize a subpoena for former White House Personnel Security Director Carl Kline to testify about his role in approving security clearances.

The committee launched its investigation into the Trump administration's security clearance practices back in January, following reports that President Donald Trump had given top-secret security clearances to his senior adviser and son-in-law, Jared Kushner, and others. Committee Chairman Rep. Elijah Cummings said in a letter Monday the committee would begin authorizing subpoenas after the White House failed to voluntarily cooperate with its investigation.

Cummings also revealed in the letter that the committee had "conducted a detailed, on-the-record interview with a whistleblower [...] who handles security clearance determinations for some of the most senior officials in the White House and throughout the Executive Office of the President." The individual told the committee that she and other officials had denied "dozens of applications for security clearances that were later overturned." She added that she was was also "targeted for retaliation after declining to grant security clearances based on longstanding national security protocols."

Kline became a person of interest in the committee's investigation after NBC News reported he had overruled security officials to approve clearances for Kushner and dozens of others.