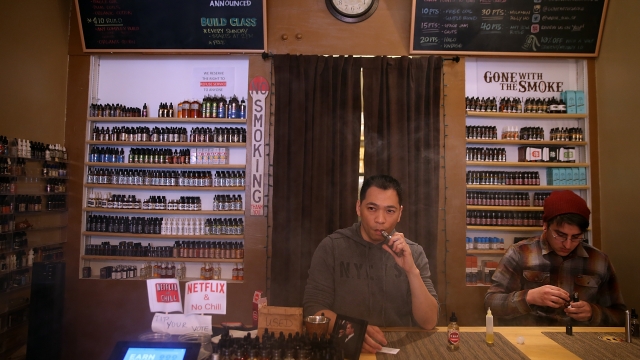 "Vaping is bad. This will decrease it."

On Wednesday, the House Ways and Means Committee approved a bill that would tax the nicotine in vaping products at the same rate it's taxed in traditional tobacco products.

The Protecting American Lungs Act would put an excise tax at the rate of $27.81 per gram of nicotine. The bill's supporters hope this effort will discourage young people from buying vaping products and other e-cigarette products.

This bill is a response to the vaping epidemic that has left thousands injured and dozens dead. It also aims to curb e-cigarettes' appeal to young people. The CDC has received reports of at least 1,479 lung injury cases and confirmed 33 deaths linked to vaping among people ages 17-75. Rep. Tom Suozzi introduced the bill and says acting now is a crucial step in stopping the crisis.

"Experts including the World Health Organization and the American Heart Association agree that one of the best ways we can stop people from using vaping products is by taxing them. For young people, especially [those] who have less money — and therefore higher price elasticity — taxes on vaping products are an effective way to decrease usage. This bill will not solve the whole vaping epidemic, but it's an essential start."

The bill would not tax any nicotine-replacement therapy approved by the FDA or the nicotine found in traditional tobacco products that are already subject to an excise tax.

The committee approved the bill 24-15. Now it will move to a vote in the full House.