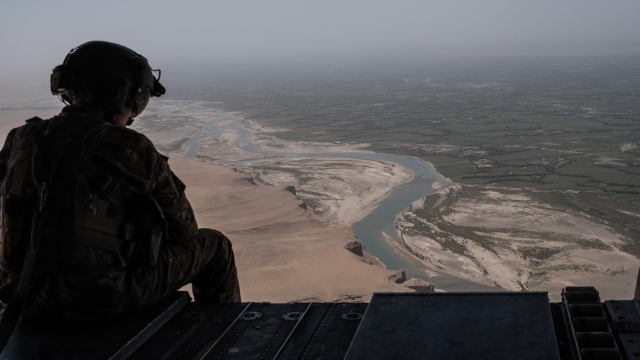 Some lawmakers are trying to repeal what they say is a president's "blank check for war."

The ability to declare war lies with Congress. But in the week after the September 11 attacks, lawmakers approved the Authorization for the Use of Military Force, or AUMF. That law allows the president to "use all necessary and appropriate force" against anyone involved in the September 11 attacks or in order to prevent future acts of terrorism.

Since it was passed, Republican and Democratic presidents have invoked it dozens of times to authorize military operations.

Rep. Barbara Lee of California has spearheaded efforts to rollback the AUMF for years. In fact, she was the only member of Congress to vote against the AUMF in 2001. On Tuesday, the House Appropriations Committee approved her amendment that would repeal it. And the legislation would then give Congress eight months to pass a new law to address ongoing wars.

The amendment is attached to the Defense Department's budget bill. With a Democratic majority, approval in the House of Representatives could happen, but the amendment's future in the Senate is a bit more unclear.