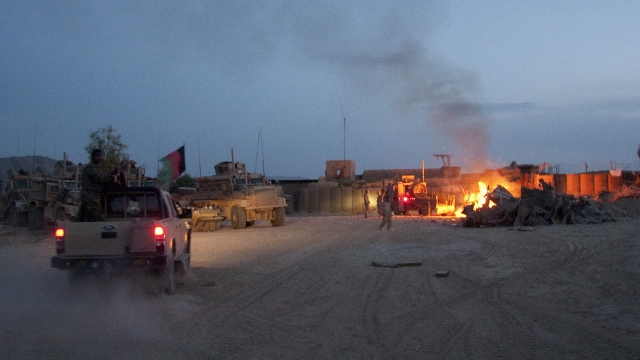 The House is poised to pass legislation that would dramatically boost health care services and disability benefits for veterans exposed to burn pits in Iraq and Afghanistan.

The bill set for a vote Thursday has the backing of the nation’s major veterans groups and underscores the continued cost of war years after the fighting has stopped. If passed into law, it would increase spending by more than $300 billion over the next decade, according to the Congressional Budget Office.

The bill would open up Department of Veterans Affairs health care to millions of Iraq and Afghanistan veterans exposed to toxic substances during their service even if they don't have a service-connected disability.

The bill also would provide new or increased disability benefits to thousands of veterans who have become ill with cancer or respiratory conditions such as bronchitis or chronic obstructive pulmonary disease (COPD). The VA would presume that veterans developed their illness as a result of exposure to toxic substances during their service.

The bill's supporters say it is a clear recognition from Congress that veterans were exposed to toxic substances, they are suffering as a result and the process of proving to the VA that their illness was caused by their exposure is too burdensome.

Opponents of the legislation say it would grant health and disability benefits to many veterans whose conditions may not have anything to do with their military service. They expressed worry that the influx of cases would tax an already stressed VA system, leading to longer wait times for health care and processing disability claims. 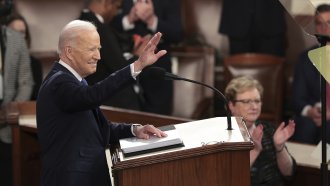 The military routinely used burn pits to dispose of waste during operations in Iraq and Afghanistan. A 2020 study from the National Academies of Science, Engineering and Medicine found that existing health studies provided insufficient evidence to determine whether exposure to burn pit emissions are linked to adverse respiratory conditions such as asthma, chronic bronchitis and lung cancer. The authors of the study said the uncertainty doesn't mean there is no association — only that there was insufficient data to draw definitive conclusions.

President Joe Biden is among those who have voiced suspicion that his son's death from brain cancer was linked to burn pits that were in use while Maj. Beau Biden served in Iraq.

The White House has endorsed the House bill, which goes beyond Iraq and Afghanistan. It also adds hypertension to the list of illnesses that Vietnam veterans are presumed to have developed because of exposure to Agent Orange. The CBO estimates that about 600,000 of the 1.6 million veterans who served in Vietnam and who already receive disability compensation also have hypertension, or high blood pressure. They would be eligible for increased compensation, which would depend upon the severity of the illness.

The bill also provides for retroactive benefits to veterans whose disability claims have been denied and to survivors of deceased veterans.

Meanwhile, some 268,000 veterans of Iraq and Afghanistan whose claims have been denied would receive retroactive payments averaging about $50,000. And some 5,500 survivors would receive about $160,000, on average, CBO said.