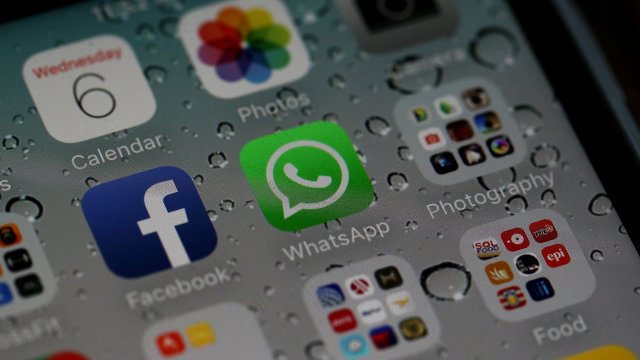 On Tuesday, a House panel held the first hearing in a bipartisan investigation into whether tech giants have harmed consumers and publishers, including the news media.

The House Judiciary Committee's antitrust panel heard testimony from executives at trade groups and journalism organizations including News Media Alliance, Public Knowledge and News Corp. They argued the online digital ad market and its two biggest players, Facebook and Google, have taken too much revenue away from news organizations, and that that's ravaged their industry.

"I think journalism needs to consider a new business model, and we should do everything we can with public policy tools to help," said Gene Kimmelman, the president of Public Knowledge. "The digital age will require new forms of creative financing in order to get local news and fight misinformation in the marketplace. Public support will be necessary."

The subcommittee's chairman, Rep. David Cicilline, called this the first "significant" congressional antitrust investigation in decades. He pointed to recent layoffs in the news industry and said the dominance of companies like Google and Facebook in the ad industry "has pushed local journalism to the verge of extinction" and created "an economic catastrophe for news publishers."

Rep. Doug Collins is a cosponsor of the bill. In his opening statement Tuesday, he said simply breaking up big companies will not solve the problem. He urged lawmakers to proceed with caution, saying, "Big is not necessarily bad."

Representing the tech industry, Matthew Schruers, the vice president of law and policy for the Computer and Communications Industry Association, argued newspapers' declining profits "are an independent phenomenon." And he said granting news publishers an antitrust exemption would only lead to more media consolidation and less competition.

"Because journalism is important to any democracy, we share the goal of ensuring that it continues," Schruers said. "Digital services play an important role in doing that."

The House Judiciary Committee officially launched this investigation last week. The hearings are scheduled to take place over the next 18 months.