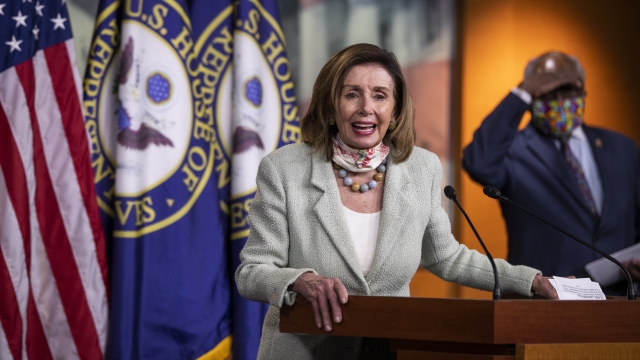 ​The measure would impose sanctions on those responsible for the mass surveillance and detention of Uighurs and other Muslim groups in China.

The House of Representatives overwhelmingly passed legislation calling for sanctions on Chinese officials responsible for human rights abuses in the country's Xinjiang region.

On Wednesday, the House voted 413-1 in favor of the Uyghur Human Rights Policy Act of 2020 after the Senate unanimously passed the bill two weeks ago. The bipartisan measure urges the president to impose sanctions on those responsible for the mass surveillance and detention of Uighurs and other Muslim groups in the region. It also would require the State Department to report to Congress on human rights violations in Xinjiang.

"Today in this House of Representatives, in a very strong bipartisan way, we are sending a message to the persecuted that they are not forgotten," House Speaker Nancy Pelosi said. "If America does not speak out against human rights in China because of some commercial interest, then we lose all moral authority to speak out on human rights, any place, human rights violations, any place in the world."

The bill now heads to President Donald Trump's desk. The White House has not yet signaled whether he will sign it.