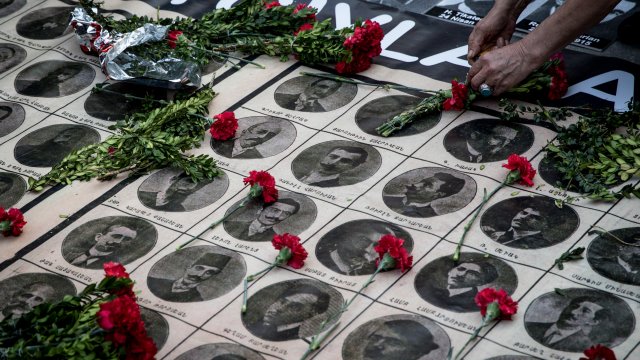 On Tuesday, lawmakers voted overwhelmingly in favor of the legislation — 405 to 11.

The U.S. House of Representatives passed a resolution that formally recognizes the mass killing of Armenians during World War I as a genocide.

On Tuesday, lawmakers voted overwhelmingly in favor of the legislation — 405 to 11.

The measure states it's U.S. policy to recognize the Ottoman Empire's killings of roughly 1.5 million Armenians between 1915 and 1923 as genocide.

The resolution also rejects efforts to associate the U.S. government with efforts to deny the Armenian genocide and encourages education and public understanding about it.

Lawmakers previously shied away from supporting legislation like this to protect the U.S.'s relationship with Turkey, which has long denied that a genocide occurred against the Armenians. The Ottoman Empire was located mostly in present-day Turkey.

In a statement issued after the vote, Turkey's foreign ministry rejected the resolution as "a meaningless political step" and said it is "totally null and void" in the eyes of the Turkish government and people.