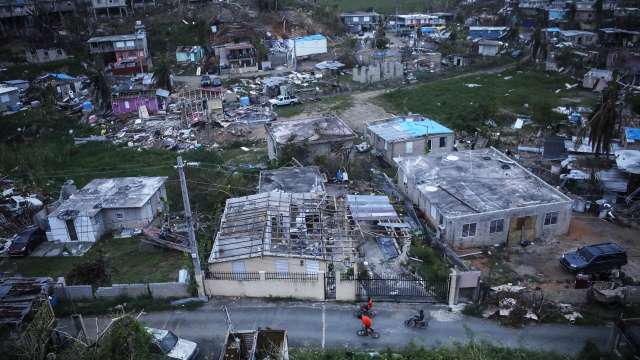 The U.S. House of Representatives approved a multi-billion dollar emergency relief bill Friday for farmers and communities hit by natural disasters. The $19.1 billion bill also includes $3 billion for Puerto Rico, even though President Donald Trump has expressed opposition to sending the U.S. territory any more funds.

Democrats have argued Trump and the Republican Party are trying to limit how much money is given to Puerto Rico. President Trump has said the U.S. territory has already received a lot of money. He also said he wanted to stop sending Puerto Rico relief funding because he said it was using the money to pay off its debt.

The House passed the bill in a 257-150 vote. If Trump signs the measure, it would extend the National Flood Insurance Program through September 30.

On Twitter Friday, President Trump expressed his gratitude to Republicans who voted against the bill. He said they will "now work out a bipartisan solution that gets relief for our great States and Farmers."

The legislation includes $600 million in nutrition assistance to Puerto Rico, which is still recovering from hurricanes Irma and Maria. Thousands of people lost their lives. The official death toll from Maria was nearly 3,000.