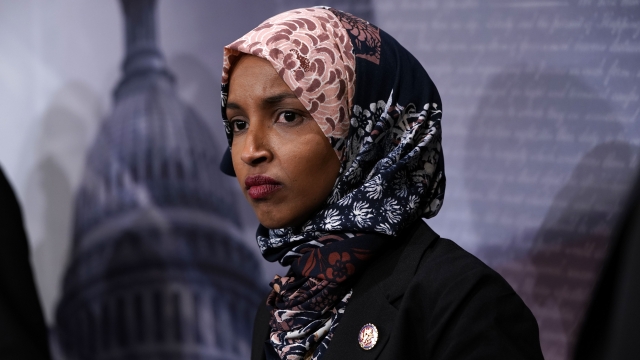 The House passed a resolution condemning anti-Semitism on Thursday. This comes after one representative made what many people have called anti-Semitic comments about Israel.

In February, Rep. Ilhan Omar tweeted that U.S. support for Israel is "all about the Benjamins" and suggested a pro-Israel lobbying group is buying off American politicians. After loads of criticism from both sides, she deleted her tweet and issued an apology. Then, at an event last week, Omar said claims of anti-Semitism are used to shut down legitimate critiques about Israel. She said, "I want to talk about the political influence in this country that says it is OK for people to push for allegiance to a foreign country."

It's unclear what she was alluding to, but critics have compared it to anti-Semitic ideology suggesting American Jews are loyal to Israel more than the U.S. Omar later said she was simply questioning U.S. policy toward Israel.

Rep. Ted Deutch, who is Jewish, helped write the resolution and said Omar's language should be condemned.

"We are having this debate because of the language of one of our colleagues —  language that suggests that Jews like me, who serve in the United States in Congress and whose father earned a Purple Heart fighting the Nazis in the Battle of the Bulge, that we are not loyal Americans. Why are we unable to singularly condemn anti-Semitism?"

Following her comments, President Donald Trump called on Omar to resign. But some of her colleagues have come to her defense. Sen. Bernie Sanders backed her statement about claims of anti-Semitism blocking legitimate criticism. Sens. Kamala Harris and Elizabeth Warren have also defended her.