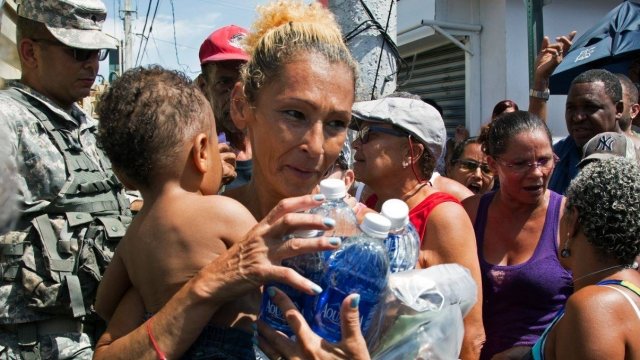 In the past couple months, at least five major hurricanes and dozens of wildfires plagued the U.S. As a result, many politicians are rolling up their sleeves to approve aid funding, but others think it could get a little too expensive.

On Thursday, the House approved a $36.5 billion hurricane and wildfire aid package.

That money will specifically go to relief efforts related to hurricanes Harvey, Irma and Maria, wildfire service funds and the National Flood Insurance Program. Almost $5 billion will be made available to Puerto Rico, reportedly so the government doesn't run out of money.

Rep. Rodney Frelinghuysen sponsored the bill and said it was "a good step in the right direction."

Other Republicans, however, voiced concerns about adding to the country's debt crisis.

In a letter to his colleagues, Rep. Mark Walker wrote: "We cannot ignore or further enable our debt crisis. ... It is time for tough choices and responsible governing."

The new bill is now headed to the Senate. If passed, the amount of emergency relief approved since September would reportedly total to almost $42 billion.