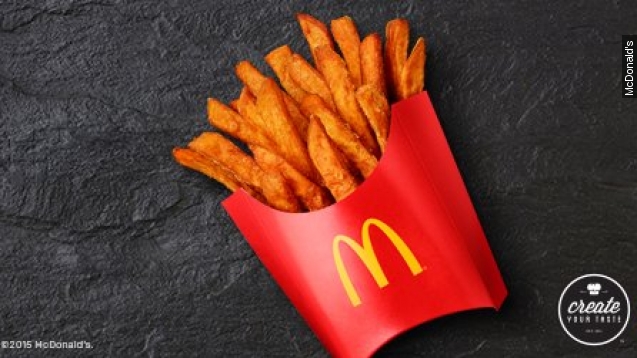 The home of the Big Mac is hosting a new menu item in Texas.

McDonald's is now testing out sweet potato fries in the Panhandle. It's the fast-food chain's latest attempt at rebranding its image.

In the past few months, McDonald's has started serving breakfast all day, introduced the buttermilk crispy chicken sandwich, and is testing out energy drinks at 20 of its 14,000 restaurants in the United States.

It looks like these new ideas are exciting McDonald's consumers and investors.

USA Today reported McDonald's ended a seven-quarter losing streak and its profits climbed to $1.3 billion, up from $1.07 billion from the same quarter the year prior.

McDonald's has been named the "comeback kid" by CNN as its stock hit its first new record high in two and a half years. It's recent commitment to improve food quality has bested its shares against Chipotle, one of its top "fast casual" competitors.

A year ago, McDonald's made headlines for being in its worst slump in a decade. But it seems the company's recent changes have put the golden arches back in the good graces of hungry Americans.