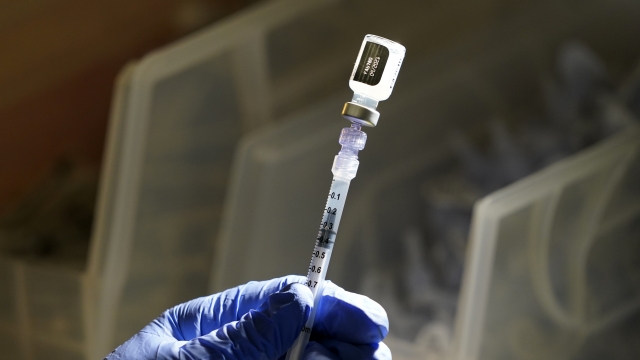 More hospitals are moving to require their workers to get vaccinated for COVID-19.

"Everybody across the nation is going to be forced to get things into their body that they don't want. And that's not right," said Jennifer Bridges.

Houston Methodist was among the first in a series of hospitals and medical systems requiring vaccinations. A group of unvaccinated workers recently filed suit against the company's requirement... calling the shots “experimental’’… and pointing out the vaccines don’t have full FDA approval yet, but rather an Emergency Use Authorization.

"We're in the health care business and we want to protect our patients when they're in the hospital, the visitors, the rest of the staff," said Bob Atlas, the president and CEO of the Maryland Hospital Association.

Bob Atlas represents hospitals in Maryland, which along with D.C. hospitals, just announced plans to require COVID vaccines for employees. The move is aimed at protecting both employees and patients.

He points out hospitals and other places, like colleges, already require vaccines. Federal guidance also states employers can mandate their workers get vaccinated while allowing for some exemptions.

"I don't think any hospital is threatening to fire anyone for not getting a vaccine [if] you look at the ones that announced yesterday," Atlas said. "University of Maryland Medical Systems and  Johns Hopkins Health System they said that anybody who refuses a vaccine will be subject to weekly COVID testing to continue to work."

Some hospitals have said they will wait for full FDA authorization of the vaccine before requiring it.