Horror Movies Thrive At The Box Office Despite Pandemic 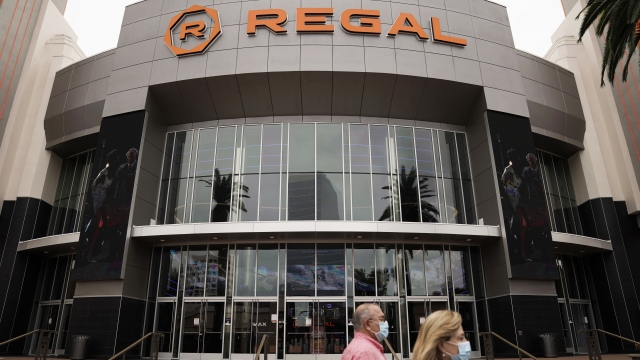 SMS
Horror Movies Thrive At The Box Office Despite Pandemic
By Newsy Staff
By Newsy Staff
March 19, 2022
The horror movie genre has generally been a profitable asset for the box office.

There is just something about seeing horror movies in theaters that elevates a good film, to a great one. Throughout the pandemic, as Hollywood worried about the theater industry, at least one thing seemed to have remained consistent, horror movies.

From "A Quiet Place Part II," to this year's "Scream," and last year's "Candyman," horror films not only continue hitting theaters, but they also keep making money.

"The Cursed," is one of the latest horror movies currently on the big screen. It is a supernatural period piece about a village being stopped by a type a werewolf creature.

"X" features young adults the 1970s, who discovered the elderly couple they are renting a farmhouse from, have a violent streak.

Casual moviegoers may have never heard of "X" or "The Cursed," but that hasn't stopped those films, and others in the genre, from finding an audience.

"The only other most reliable thing aside from superhero movies at the movies right now as a horror movie," the head of content at The Ringer, Sean Fennessy, said on the popular movie podcast "The Big Picture."

Caralynn Lippo, entertainment editor with Insider, joins Newsy to discuss why horror movies aren't impacted by the pandemic as much as films of other genres.